The Plot to Remove Washington: Part 2

September 23, 2020
Yesterday we began this story (see it here). You heard about Dr. Benjamin Rush, the Father of American Psychiatry, who was one of the most vocal critics of Washington’s handling of his troops. This was the same Benjamin Rush who, all evidence to the contrary, championed bloodletting as a miracle cure. I’m sure the leeches loved him. Rush insisted you could remove up to 80% of a person’s blood with harming him. No wonder fellow physicians called him the “Remorseless Master Bleeder.” No wonder today’s psychiatrist call him “father.” (These “modern” doctors champion shock treatment and implanting permanent wires in people’s brains to deliver shocks throughout the day.) That was the kind of man who sought to remove George Washington as Commanding General. But he was not alone. One of those trying to undermine Washington was an ambitious foreign officer named Thomas Conway. In a letter to Congress, Conway boasted of his skills and asked for a promotion to major general – skipping right
Post a comment
Read more July 1-3, 1863   The Battle of Gettysburg was 1 of the bloodiest battles in all of the Civil War.  Here are some interesting things to know about the Commander General Lee and the Headquarters…       #1: During the Battle of Gettysburg, both Union & Confederate Commanders made their headquarters at the homes of widows. Gen. George Meade made his headquarters at the home of Lydia Leister, a widow with six children.   As the soldiers approached, Lydia left her home, returning after the battle to find her house severely damaged from iron and lead, and her yard dotted with dead horses.  General Lee made his headquarters at a stone house on Seminary Ridge along the Chambersburg Pike occupied by a 70 year-old widow, Mary Thompson. Mrs. Thompson remained in her home throughout the battle, despite its proximity to intense fighting. #2: On the 1st day of the battle some of the heaviest fighting took place around the Thompson house. Federal soldiers wh
Post a comment
Read more 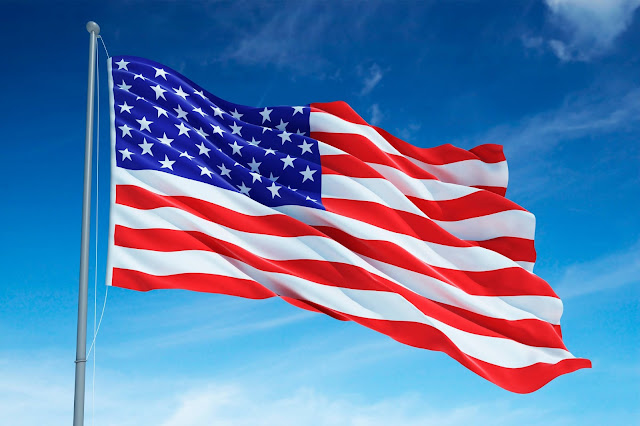 Since the American Revolutionary War, the flag has been a symbol of freedom. It represents a nation that fought for independence. It waves over every state capitol and has been raised in every war and battle that our military has fought. It has been the only inspiration for many soldiers who had nothing else to give to survive and win the toughest battles. During the war of 1812, soldiers raised the huge U.S. flag over Fort McHenry to celebrate a crucial victory over the British. It was this same flag that gave hope to all those who saw it that freedom was strong and that our independence would last. It was this experience that inspired Francis Scott Key to write our national anthem: The Star-Spangled Banner. In all its glory, the flag continues to represent our independence. While serving over seas in Korea during the 1980s, I recall seeing "Old Glory" flying high over the camp that I was assigned. The site of seeing this flag flying above the camp everyday inspired me to pe
Post a comment
Read more

Ultimate Flags
"Ultimate Flags is proud to sell flags of all designs including: American Flags, Trump Flags, Rebel Confederate Flags, Military Flags and flags of all designs. We also sell hats, stickers, pins and more! We believe every flag has it's own story and you should have the freedom to fly what's in your heart and mind. Whether you are looking for authentic, vintage, historical flags or just love to collect flags of all designs and sizes, we have many huge collections for you to choose from."